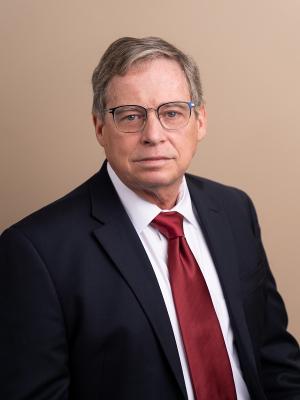 Tom has served as past President of Whitehall Village Civic Association, Manchester Farms Association and Elk Valley Rotary Club, as well as Treasurer of Our Lady’s Christian School Home & School Association.  He is a current member of the Rotary Club of Erie and Probus.

Tom enjoys travel and visiting his three children, who all live out of state and are pursuing their own professional careers.  He also likes to occasionally play golf. 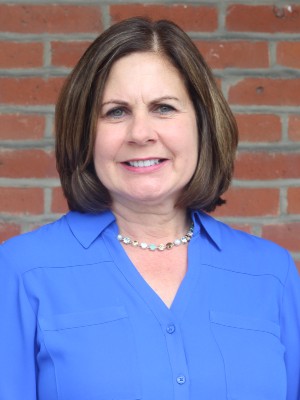 Darlene Giblin is Secretary-Treasurer of Wagner Giblin Insurance Agency. She is responsible for all of the accounting functions of the Agency. Darlene graduated from Villa Maria Academy in 1975 and The Smeal College of Business at the Pennsylvania State University with a B.S. in Accounting in 1979.

Darlene was a staff accountant at Millcreek Community Hospital where she earned her certificate in Health Care Financial Management. She also served as the controller at Villa Maria College. She has been with the Agency for almost thirty years.

Darlene is a past member of the Presque Isle Jaycees, the Junior League, and Our
Lady’s Christian School Athletic Board. As part of her desire to help the community, she chaired a number of fundraising events for each of these organizations. In addition, she was a member of the Steering Committee for the Erie Women’s Fund, of which she remains a member.

Darlene and Tom have three children: Tom, Brett, and Courtney. Tom is a Senior Associate at a Manhattan law firm, where he specializes in white collar defense and Securities Litigation. Brett is in his fourth year of medical school. Courtney is a Mechanical Engineer with GE in Fort Worth Texas.

Darlene likes to begin her day with a five-mile run and to spend time with her family and friends. 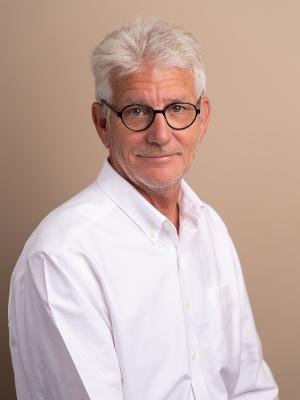 David Wagner is a licensed insurance agent and Vice President of Wagner Giblin Insurance.  He began working in the Insurance Industry in 1979 as an Underwriter at the Continental Insurance Company.  Following two years at this position, he returned to Erie to begin his Agency career in the Family Business.  He worked with his mother Sally and father Bob Wagner from 1981 until his mother’s death in 1996 and his father’s retirement in 2000.  He joined Wagner Giblin Insurance at that time.

Dave holds a number of Professional Designations including CPCU and CIC and attends annual updates to remain informed of changes in the Insurance Industry.

Dave and his wife Kathy have three sons: Robert, Peter, and Sam.  Robert works with Wagner Giblin Insurance and becomes the 4th generation of the Wagner Family to enter the ranks of the Independent Agency.  Peter is a teacher at the Gertrude Barber Center.  Sam lives in Christiansburg, Virginia where he is the Assistant Director of University Advancement, College of Business and Economics.

Dave and Kathy are Founding Members of the Presque Isle Partnership Swim across the Bay Committee.  Dave serves as Treasurer of the Erie Yacht Club Cruising Fleet.  He is also a Certified Facilitator for the Ice House Project for entrepreneurial learning.  Kathy is a Registered Dental Hygienist working for one of Dave’s clients, Kneib Dentistry.  She is active with the Gertrude Barber Center, having most recently served as Chairperson for the 2016 Women’s Only Luncheon.  Both Dave and Kathy have also served on the Barber Ball Patrons Committee. 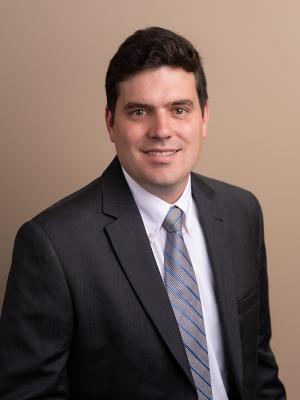 Rob is a new business sales producer licensed to sell both property & casualty and life & health insurance products.  Rob has been employed with Wagner Giblin Insurance since 2011, and he has obtained his Certified Insurance Counselor (CIC) designation.

Rob was born and raised in Erie, PA.  He is a 2004 graduate of Cathedral Prep and earned a BS in Marketing from Penn State University in 2009.  Rob has previously volunteered his time to coach soccer for both Cathedral Prep and Our Lady’s Christian School.

In his free time, Rob enjoys playing soccer, golfing, boating, and traveling. Give him a call at (814) 474-5575 to discuss your insurance needs today! 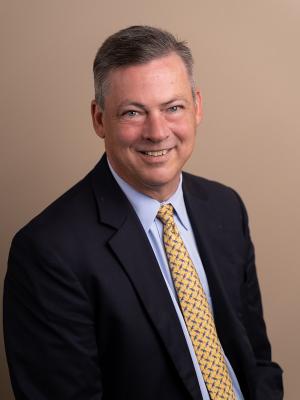 Don Williams is a licensed insurance agent licensed to sell both property & casualty and life & health insurance products. He has been working in the Insurance Industry since 1995. Don is a proud alumnus of Penn State University, where he earned his Bachelor of Science degree in Business Management.

Don and his wife Wendy reside in Millcreek and have two children: Kelly and Connor. Don has been coaching baseball for various Millcreek Teams since 2009. While not coaching, he enjoys spending time with his family and traveling. 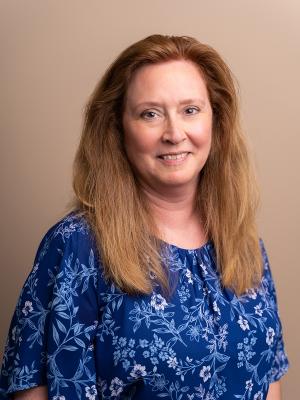 Sheryl Donnell is Office Manager and Commercial Lines Customer Service Representative at Wagner Giblin Insurance.  She is a licensed insurance agent and has worked in the insurance industry since 1979.

Sheryl received her Certified Insurance Service Representative designation (CISR) 16 years ago and regularly attends National Alliance seminars and industry-specific classes to stay on top of the latest trends and information.  She enjoys the diversity of working with commercial insurance clients.

Sheryl is currently Treasurer of ATV Traction, Inc., a non-profit organization that promotes rider safety and responsibility.  She is a DCNR-certified youth and adult safety instructor.  She is a past volunteer as a teacher's aide and former Big Sister with Big Brothers & Sisters of Erie. 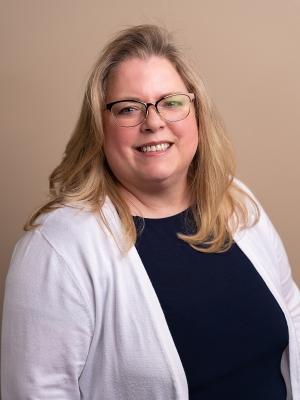 Sally Lundgren is a Licensed insurance agent with Wagner Giblin Insurance. Sally graduated Jamestown Business College in 1987 with an Associates in Business Management and Marketing. Sally is new to the insurance industry. She has spent 30 years working in the office environment in numerous fields ranging from Environmental Engineering to the Health Care industry.

Sally is an active member of Grace Church Harborcreek and enjoys volunteering there in many different compacities.

Luciana Wellek is a licensed insurance agent with Wagner Giblin Insurance and has over 20 years of experience in the insurance industry.  She first began her insurance career in 1993 working for David and Jane Pearson, owners of Garrison-Simonsen, Inc. in Warren, PA.  She moved to the Erie area with her husband and two children in 1996.

Luciana is CISR Certified and is continually updating herself in the insurance world.  Through the years, she has worn many hats.  Her experience includes commercial, personal, life, and health insurance.

Luciana is an active member of St. Julia’s Church and enjoys gardening and spending time with her family. 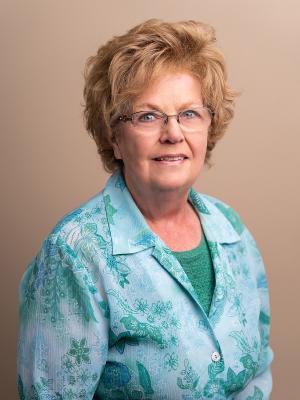 Doris Hunter serves Wagner Giblin Insurance Agency as an experienced Certified Service Representative (CISR), having developed her expertise in the service industry beginning in 1987.  Her Personal Lines experience has provided her with the tools to offer the best options available for her customers' insurance needs.  Doris works diligently and personally with each prospective client, determining what provides the greatest value for each, concluding with a personalized policy designed specifically to insure each customer’s personal property will be protected by the best coverage available.  Doris regularly reviews those policies with her customer base to assure any and all changes in their status are considered.

Doris regularly attends CE classes to maintain her CISR designation and frequently completes online educational forums offered by insurance companies represented by Wagner Giblin Insurance Agency.  With a library of insurance material and a membership in the IBA (Insurance Business America), continual updates within the insurance industry are kept in line.

Doris is a supporter of animal welfare and rescue services, including ANNA Shelter.  She has successfully shown AQHA, APHA, and ApHC halter horses all over the United States, keeping the retirees at her small farm with her longhair rescue cat named Tutankhamun ("Tut"). 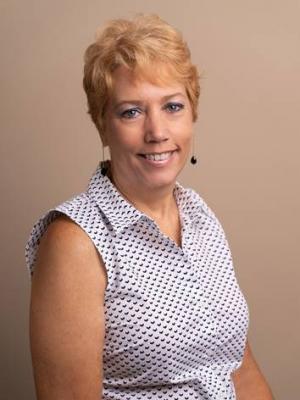 Holly is a licensed insurance professional celebrating her 37th year in the insurance industry. Holly graduated with a BA from Mercyhurst University in 1984. Her experience includes claims, commercial underwriting and most recently sales and service. She holds an AU designation.

Holly enjoys her spare time at her 50 acre NY camp, riding her ATV and anything to do with the outdoors. She is known at camp as the “snake whisperer”.